When her older brother earned himself a lacrosse hat trick cake, Sami set her sights on a cake of her own. Just two weeks later, she earned it with her own hat trick.

Using black and yellow candy melts (her team colors), I added her name, accomplishment and date in letters and numbers.

I incorporated the hashtag her mom used on Facebook on the side of the cake in candy melt letters. 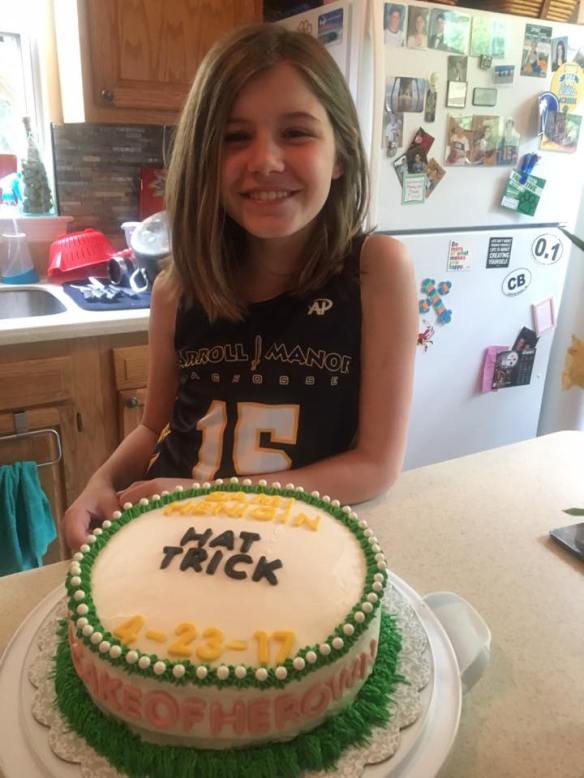